How much will Burning Man Cost You? Plus, the Ultimate Black Rock City Survival Guide 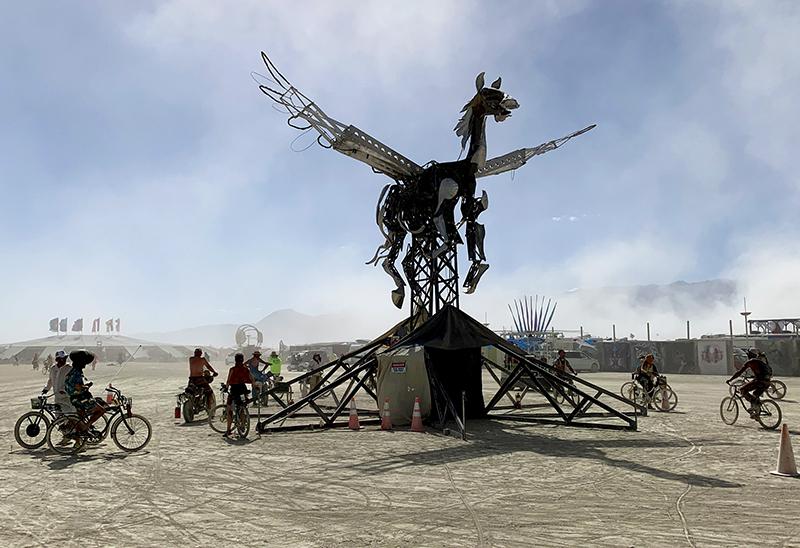 Burning ManElectronicUnited StatesUMEKCarl Cox
It won't be cheap. Burning Man isn't a regular festival. In fact, the organizers refrain from calling it a festival, because its concept is simply too different. It's a well-known fact that you can't buy anything at Burning Man (which isn't entirely true), so you need to make sure to stock up. Here are a couple of first-hand tips on how to survive the adventure of your lifetime.

Attending a week-long event in one of the world's most inhospitable places, the Black Rock Desert in Nevada, has always been on the top of my bucket list. Actually, I could easily say that there are two groups of people: those who would mortgage their home to go at least once in their life, and those who think the people from the first group are crazy to spend a whole week covered in sand, using porta-potties (for number one AND number two) and not showering during the entire event.

The biggest paradox of the event is that the "burning of the man" represents standing up to the system and fighting it, yet at the same time, only a privileged few can ever afford to go. Don't get me wrong, 70,000 is a huge crowd, but tickets still go so fast that you have to spend your whole annual allocation of luck to get them. If you get them through regular sales, you'll pay $500 apiece. But this is just the tip of the iceberg.

If I'd have to describe the typical Burner, it would be a woman in her thirties with dreadlocks, Mad-Max-like attire, a New Age mindset and living in the Bay Area. At least she'll save on the plane ticket to San Francisco, Sacramento or Reno, which is where most Burners start their journey towards Black Rock City. But in case you live anywhere else in the world, a round-trip flight to any of the said cities will cost you anywhere between $200 and $5,000, depending on which continent you're flying from and the level of comfort you're used to. We flew from Europe in premium economy class, which cost us around $2,200 per person.

Unless you're one of the Kardashians, who get airlifted to the event and back only to take a few pics for their Instagram, you'll need shelter. It gets very hot during the day, while just before sunrise you'll see your breath and you'll need that faux fur coat.

A tent is cheap ($100), but prepare to sleep with your head in the sand, because it will get in there right after you put the tent up. If you want to play safe(r), get an RV, but forget the regular prices ($1,500 a week) and prepare to go north of $5,000. RV rental companies will charge you a hefty premium, because they know you'll bring it back looking like it was on the set of a fake Mars landing shoot. On top of that, they'll charge you $750 for final cleaning and trust me – you'll pay anything as long as you don't have to do it yourself. A 10-meter RV chugs gas faster than an Irishman drinks his Guinness, so a trip from the Bay Area to Black Rock City and back will cost you around $500 in gas money.

Then you'll have to find a camp. We were lucky enough to be travelling with UMEK, who played Carl Cox's Playground stage, so we got our lot as part of the gig deal.

Another big plus of having a big RV is the toilet. Trust me, the last thing you want to use is a porta-potty in the middle of the playa, in scorching sun and marinated in every form of human excrement imaginable. Sure, it's nice to sleep in a comfy bed and with the AC running, but having a clean porcelain throne is something you really start to cherish when you're at Burning Man. Four guys sharing one RV will fill the tank in a couple of days, so make sure to purchase a $70 pump sticker that you put on your RV when needed and a truck will come by to drain the tank for you. Every now and then, you'll feel the urge to take a shower, and bigger RVs luckily feature one, though it's more of a battlefield-style quick rinse. Still, it will make you feel human again, and you'll smell better than 90 % of the people you'll meet at the playa. In case you run out of water, you can purchase a water filling service for another $70.

The whole setting is huge and people move around on bikes. Whatever you do, don't bring your $10,000 Pinarello Dogma road bike with you.

Get one of those $80 beach cruisers from Walmart and decorate it with Christmas lights, so you don't get run over by an art car blasting Metallica's Master of Puppets in the middle of the night. After a week, all of the greasy parts will turn into cement and you'll need to throw it away.

Travel and accommodation total estimate: $200–$11,500 (though I have a feeling that those paying just $200 spend a few times more on drugs to get them through the tough week)

Beautiful pictures of hot models wearing designer costumes in front of impressive playa installations are far from the Burning Man reality. Prepare to go out of your comfort zone when it comes to personal hygiene. You'll spend the entire experience covered in dust and cleaning your armpits and privates with baby wipes. But one of the best things about Burning Man is that you can be whatever you want.

Wanna dress up as SpongeBob? Fire away! Want to be completely naked? No one will even find it weird.

Don't be surprised if you don't spot the celebrities right away, because everyone is wearing costumes. I stood onstage next to Diplo for at least an hour without noticing. I only realized it was him when he went behind the decks. The lineups are ridiculous and can easily rub shoulders with Tomorrowland, Ultra or Coachella, but most of the time you won't even see who's playing because of the dark and because Adam Beyer and Ida Engberg will play a B2B set, wearing face masks with spikes and motorbike glasses.

The prevailing style is steam/ethno punk for guys and dust-covered-pornstar for women. So, in most cases, not the kind of clothes you would wear to work, as they won't fit the greyness of your cubicle and would probably earn you a meeting with HR. I would recommend against shopping too much, because you'll probably end up wearing the same outer layers every day, so the only thing you need to change is your underwear, socks and T-shirts.

Playa sand is highly alkaline and will burn your feet if you don't protect them. Good playa shoes will cost you around $100 and there's a good chance you'll ruin them. In case you're not aiming for more than 100 likes on Instagram, the whole wardrobe, including a faux fur coat, will cost you around $800. Add another $100 for a funny hat, a cheap backpack and a bunch of Christmas lights. Aside from the safety angle, lighting yourself is your contribution to everyone's visual experience. The desert is pitch black during the night and when tens of thousands of people appear on the playa wearing personal lighting, it creates a unique visual effect. Pair this with meticulously illuminated sculptures, fire-spitting art cars and shiny stages, and you get something that can only be seen at Burning Man.

You need to plan carefully, because the only things you can buy at Burning Man's Central Cafe are ice, water, tea, coffee and electrolytes. Sure, camps will give away hot dogs and sandwiches, some even prepare fresh tuna, but don't rely on leeching on others. It's not how Burning Man works. Radical self-reliance is based on you taking care of yourself, but in case you're missing something you can always count on other Burners helping you out. Of course, when your help is needed, the community will count on you.

Starting with drinks, you need to drink somewhere from 3 to 5 liters of water per day, depending on how long you're exposed to the sun. Drink even if you aren't thirsty, because 40 degrees Celsius paired with extremely dry air and lots of sand will get you dehydrated and, in the worst case scenario, airlifted into the nearest hospital ($30,000 for a flight you don't want to take if you haven't paid $60 for insurance that covers medevac by plane).

Then it's up to you to choose your poison. We drank a lot of beer, because it's easier to carry a few bottles in your backpack than to mix mojitos in the middle of the playa. When you're hanging around with friends in your camp, you can of course go for cocktails, mimosas or whatever rocks your boat. And get yourself a big cooler to fill with ice to keep the drinks cold.

Some camps offer meal plans, which takes away a lot of the hassle with the trash and saves space, so if you're staying in a tent, consider buying a meal plan upfront. It won't be a Michelin-star experience, but it does the job. We didn't want to rely on set meal times, so we brought our own food. in the desert, the heat paired with the excitement and occasional excessive drinking take away your appetite, so don't plan on having the same eating habits as usual. We're big guys and like to eat a lot, but we went through the day on two pastrami sandwiches and a quesadilla. Preparing a full meal in that harsh environment isn't something you want to deal with, so you better stock up with power bars, packed bread and microwaveable meals.

This is where it gets tricky. You need to force yourself out of thinking that you're packing for a vacation. Think packing for going into battle. Or simply pack for the desert, because this is where you're going. Camping chairs, a table, cups, plates, utensils, trash bags, pocket knives, a lot of duct tape, bed sheets, pots, pans, basically everything you're using when you're at home. And the most important things – sanitizing and baby wipes. Burners master the art of the "baby wipe shower", so make sure to get at least two packs per person for the whole week. Poor personal hygiene also means you need to carry a hand sanitizer with you wherever you go, unless you enjoy having diarrhea in a porta-potty.

There are a couple of pretty thorough shopping lists on the internet. We used this one.

You need to be well-prepared in order to fully enjoy your Burning Man experience, because you'll be telling your grandchildren about it. It really is a one-of-a-kind adventure that will change you. The extremely harsh environment of the Black Rock Desert acts as antimatter to the bursts of human creativity at every corner of Black Rock City, from three-story wooden buildings, half of a full-size jumbo jet and an impressive temple to simple things like a "shooting range", where you throw dildos at targets. It's hard to imagine how a whole city can be erected from nothing in a matter of days and turn back into nothing a couple of weeks after the event.

Leave no trace, but preserve memories.

The Five Truths of British Festivals: You Just Can't Avoid Them 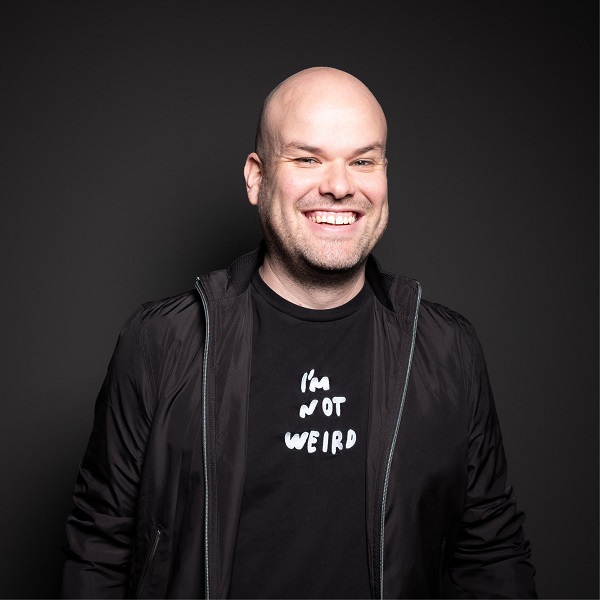 A music manager and a tech geek. Vasja is combining his two passions at Viberate, where his main mission as a co-founder is to tell music services that they need us desperately. He travels a lot, so expect first-hand experiences from festivals, parties and party destinations. In love with Ibiza.